To me it looks like the Pixar Ball found in all the movies (I think Luxo Jr. is it's name). Slight homage to the different Pixar Easter Eggs that exist.
Reply with quote
BDG

Luxo Jr. is the name of the baby lamp. The big lamp is Luxo Sr. The ball doesn't have a name. At the real Pixar Studios: 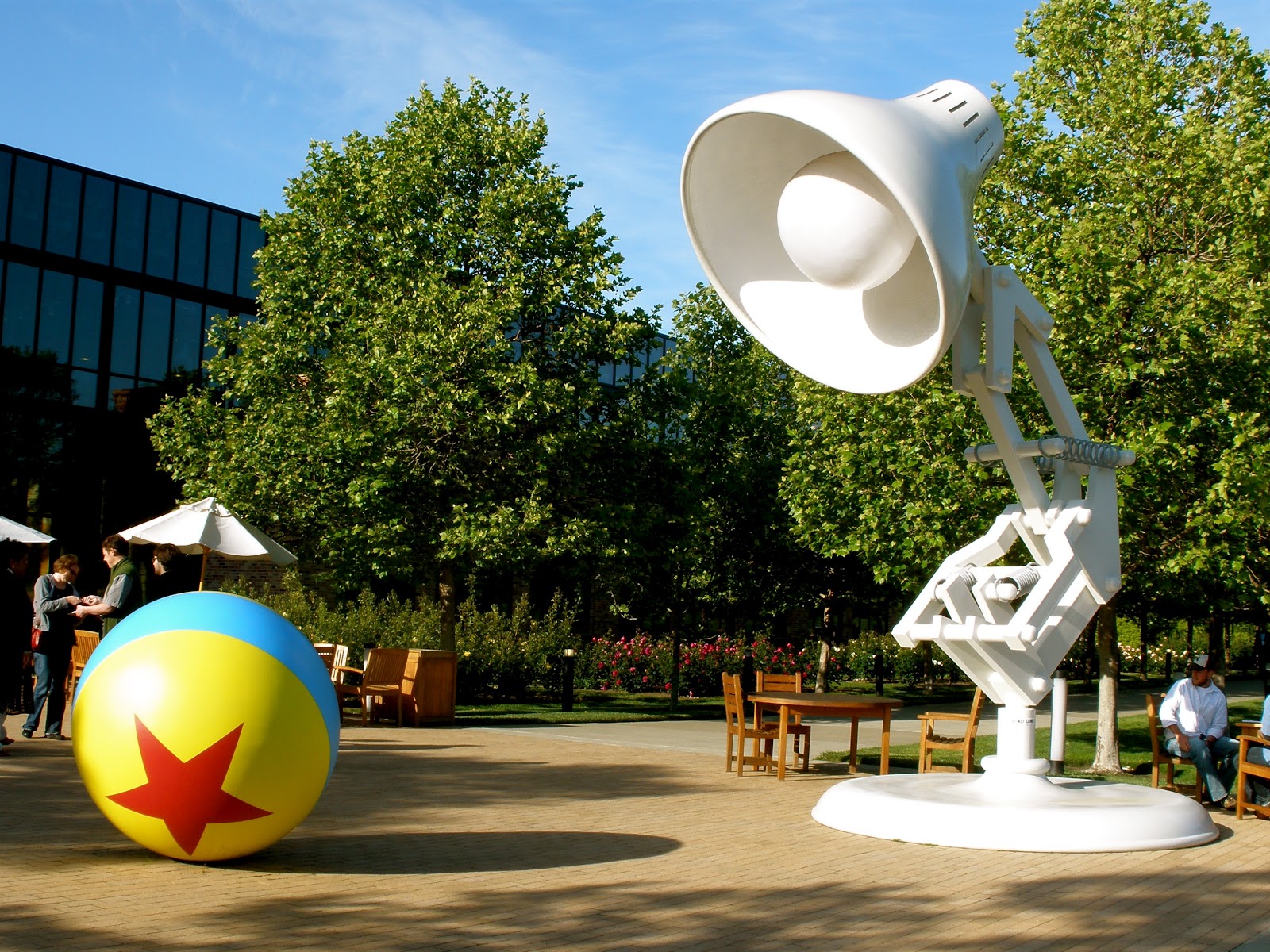 Euro Disney SCA today announced the nomination of Tom Wolber to the position of Président of Euro Disney SAS, the management company of both Euro Disney SCA, the holding company, and Euro Disney Associés SCA, the operator of Disneyland® Paris, in replacement of Philippe Gas named General Manager of Shanghai Disney Resort.

"One of our greatest assets is the global strength of our teams," said Tom Staggs, chairman of Walt Disney Parks and Resorts. "Both Philippe and Tom are seasoned Disney veterans with a tremendous combination of leadership skills, business acumen, and international experience that will help ensure that we carry on our legacy of creating unforgettable experiences for our guests. They bring an incredible depth of operational experience to their respective roles and are well positioned to contribute to the future success of Shanghai Disney Resort and Disneyland Resort Paris".

"On behalf of all Supervisory Board members, I would like to thank Philippe for the excellent collaboration we had together and for his personal involvement in Euro Disney during the last 6 years," said Virginie Calmels, chairman of Euro Disney Supervisory Board. "We are very proud that The Walt Disney Company has chosen Philippe, a French top executive, to lead a huge and strategic project such as Shanghai Disney Resort. We also welcome Tom and wish him a lot of success in his new function."

Tom's appointment will be effective in September 2014. He will transition into this new role during the summer, working with Philippe to ensure continued commitment to the company's long term strategic priorities.

Tom is German and speaks 4 languages: French, Dutch, English and German. He returns to Disneyland Paris, which he helped to open in 1992 and brings more than 20 years of wide-ranging operations experience including leadership positions at Disney Cruise Line, Disney Vacation Club and both Walt Disney World Resort and Disneyland Paris. He most recently served as the head of Walt Disney World Resort and Transportation Operations, overseeing all of the 28 resort hotels and the property's extensive transportation network. He has also overseen a number of complex expansion projects, including the successful launch of the Disney Dream and Disney Fantasy and was instrumental in the Disney Springs master plan and the continued growth of Walt Disney Parks and Resorts' sports business.

It baffles me how the guy who has been at the helm of DLPR while the attendance has dropped, the hotels have literally fallen apart, the Disney Village and Lac Disney area has turned into a complete shambles, etc. has been given the General Manager role at Disneys newest resort? Am I missing something?
Reply with quote
BCTom

MiceAge is reporting that the Shanghai resort will not be ready to open until April 2016 at the earliest.

The construction of Shanghai Disneyland is well underway, as the structural steel for the massive show buildings grow from former bean fields. Unfortunately, the entire Shanghai Disneyland project has been struggling with massive delays and setbacks for over a year now. The problems stem from the slow and questionable workmanship of the Chinese contractors and the mountains of red tape (no pun intended) the local bureaucrats keep throwing at any request or proposal from Imagineering.

Instead, the park’s opening has slipped until April, 2016 at the earliest, and Summer 2016 is not impossible.

^ Well, from what I heard being tossed around, another TPR tour to China
wasn't going to happen until (at least) 2017. So - the timing will still be good.
Reply with quote
robbalvey

Nrthwnd wrote:^ Well, from what I heard being tossed around, another TPR tour to China
wasn't going to happen until (at least) 2017. So - the timing will still be good.

We have pretty much shelved those plans anyway.
Reply with quote
mikejenkins1

Since I heard they were building Tron Lightcycles Power Run I have been very excited. I will not be able to make it there but hope we continue to get more pics. Has there been any mention or pics of the LightCycles yet? I am very anxious to see what they will look like. It would be even more fantastic to see this ride come to the U.S.
Reply with quote
KBrylczyk

Speaking of the Tron Lightcycle coaster, I can't be the only one who thinks the theme would lend itself perfectly to Mack's new VR coaster using Oculus Rift, right?
Reply with quote
cfc

^Interesting thought, being as Tron takes place in a "computer game" universe, anyway.

Oculus Rift would be a good name for a Transformer.
Post a reply
>>
<<
Switch to full style